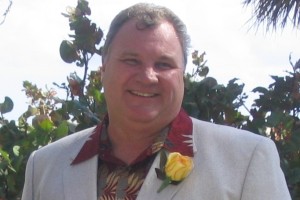 As executing the above mentioned maneuver is considered to be lifesaving by many mariners, owner Joe Williamson has created a similar life and business saving maneuver for his potential consumers. Mr. Williamson feels he can put your marine needs back on board with the inception of his new business, “Williamson Marine Surveyors”. Having enlisted in the US Coast Guard in 1977, Joe worked as a machinery technician for the next 10 years and crafted his skills in small boat operation, marine engine repairs and hull repairs as well as electrical repairs on some of the Coast Guards finest rescue vessels. Shortly after his honorable discharge, he was contracted to become general manager of one of the largest storage and service yards on Ohio’s North coast with operational skills revolving around yard procedures, maintenance, vessel repairs, salvage, fiberglass work and small marina operations. Being partners in a small brokerage business allowed him to experience both sides of buying and selling yachts. Mr. Williamson also became very familiar with marine surveyors and their practices. As part of his job being to complete these repairs he found his knowledge with ABYC standards and SAMS Standards to be very highly regarded and was consulted on a regular basis by insurance companies, surveyors and vessel owners. His skills working with salvage companies became crucial when negotiations became necessary. As time moves on, so do career changes and in 1997 Joe began marine surveying with one of the largest marine surveying companies in the U.S. He quickly gained membership into the SAMS organization and was granted a short apprenticeship due to his advance knowledge in the marine industry and became an accredited marine surveyor in small craft and yachts. He has received the designator FV for commercial fishing surveyor with high grades and is endorsed by the USCG fishing examiners board. In addition Joe has also recently received his designator T & B for Tugs/Barges/passengers vessels and most recently Engine surveyor. As he recognized the need for advanced education in the industry he joined ABYC and has obtained his standards certification with high scores. Over the years he has completed over 5500 marine surveys involving recreational and commercial vessels. This includes condition and value surveys, appraisals, damage claims, fire investigation, theft, mega yacht inspection and mega yacht construction along with expert testimony in the field of marine forensics. Mr. Williamson has retired his 100 Ton Merchant Marine Captain License that was held for over 20 years. He is a member of several organizations which include the Ft Lauderdale Mariners Club, Tampa Bay Mariners Club, Candidate American Society of Appraisers, Society of Accredited Marine Surveyors, American boat Building Council and several continuing education programs. With all his past experience and knowledge, Joe knows he would be an asset to anyone needing a professional survey, consultation or appraisal. For further assistance please contact him direct at joewillsurvey@gmail.com check out the website at www.joewillsurvey.com or call/text at CELL 813- 401- 8215,    OFFICE PHONE 813-641-1001